Why are some animals rejected by their mothers?

Mother's Day is upon us so what better time to celebrate animal mums! Like us, many animal species have mothers that make great sacrifices bringing them into the world and fend for large litters for months and years at a time.

The grey kangaroo, for instance, will carry an infant around in its pouch for over a year until it is no longer dependent on her. Likewise, the polar bear mother is known for its affection and valiant attentions to her brood, ensuring the survival of young by building a maternity den beneath the snow to insulate and protect newborn cubs through their early months. Not only this but the polar bear mother will fast for up to 8 months to make sure her young are well nourished and guarded until they are ready to venture out. 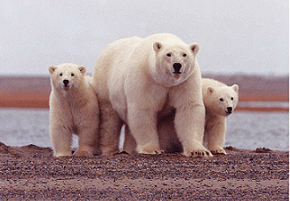 Unfortunately, like us humans, not all animals are suited to the demands of parenthood. Some mothers, through no lack of love, will reject or abandon their offspring shortly after birth. There are a number of reasons why this happens and great variations between domestic and wild animals. Some large mammals will reject the second or ‘insurance’ infant simply because they do not have the means to nurse it.

Giant pandas have been known to do this, playing favourites with offspring and choosing to nurse one infant rather than both, thus securing the definite survival of one newborn over the possible survival of two. If an infant is weak, small or defective, mothers will instinctively abandon or cull the animal to concentrate their resources on the stronger babies that stand a greater chance of surviving.

Natural selection has meant that animal mothers reject the weaker offspring to prevent predation by other species and give longevity to their own, bolstering generations of animals to come. In large, wild mammals, litters are a lot smaller than in domestic animals like cats and dogs. This means the infants they do have must be strong enough to survive and eventually breed themselves.

While we are more acquainted with rejection in the wild animal kingdom, with captive animals often rejecting their young because of too much human handling, rejection and abandonment of offspring in domestic animals is lesser known. 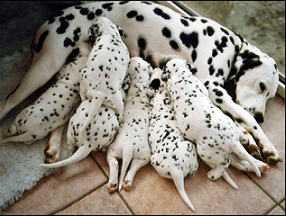 Rejection due to human handling is rarer still (although it happens in a large number of rodents), with cats and dogs being more familiar with human scents than lions and gorillas will be. There are, however, various other reasons why domestic animals would reject their young and it is important to act quickly if you suspect a litter is not being properly cared for by the mother.

If a cat has a large litter, nursing all its kittens can sometimes be too much strain for the mother, especially if she is in poor health or is reluctant or unprepared for motherhood. Female cats that are not given the correct nutrition during pregnancy or are underweight might not be able to produce the milk necessary to feed their young.

If they can’t, or if they suffer from mastitis, a painful condition that causes swollen mammary glands, you will need to start bottle feeding the infants (with a specially formulated milk replacement) yourself. Note: regular cow’s milk does not contain the colostrum that is essential for early development and growth.

If you suspect a member of the litter is being shunned or harmed by the mother you are probably right, and, while it is important to give her sufficient chance to establish a bond with all her offspring, you should start caring for it yourself within the first 48 hours. Sometimes the mother will do more besides passively ignoring her infant and will resort to using aggression. This could take the form of trampling or pawing her young, or simply pushing an individual from the whelping area, something which is true of both cats and dogs.

Hamsters are notoriously bad for eating their young, and they do this for a number of reasons. Litters that are too big to nurture might need to be thinned out because of inadequate sustenance, or a hamster mother might be suffering stress and/or fear, which could lead to the spontaneous killing of her children.

To avoid this, stay away from the enclosure as much as possible in the first ten days of birthing. Too much excitement or continual fussing around the cage can upset the mother and lead her to eat her young. It is also crucial that you avoid touching or picking up newborns in the first ten days as this can cause scent confusion in hamster mothers. By touching her babies you are transferring your scent onto them which will confuse the mother and make it harder for her to identify the offspring as her own. If she can't recognise them by their scent, she is more likely to cull them. 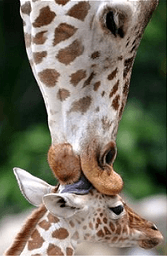 Sometimes rejected and abandoned animals can be found a surrogate mother to care for them, and this is a great option for pet owners whose litters are shunned. It is worthwhile taking any rejected newborns along to an animal shelter, as they will often have cats/dogs that have just given birth that will happily accept new additions to the fold.

Same species surrogates are not the only ones that will adopt unwanted young, and there have been numerous examples in the media of unusual, inter-species pairings between rejected infants and nursing mothers. The best examples include Owen, a young hippopatamus that resides at Mombasa Haller Park in Mombasa, Kenya with his surrogate mother, a giant Aldabran tortoise.

At Sri Racha tiger zoo in Bangkok, a tigress lives with her litter of piglets after suffering the loss of her biological cubs.The piglets were wrapped in false tiger skins and were happily accepted by the tigress who had been raised by a sow herself.

If you have any comments, please post them below or email me directly: [email protected]

Fantastic article, interesting, and provides good advice and inspiration to pet owners. Thank you for writing this!

I have a question about captive big cats. There is a rescue that claims 80% of big cat mothers, in captivity, will reject their young. However, I havenât been able to find any data to support this claim. No other rescues Iâve seen provide this claim either.

Is it true that the majority of mothers in captivity reject their cubs?

Thank you very much for your time.