So many times I’ve heard it said – ‘crossbreeds are healthier than pedigrees.’ The argument is everywhere, but is it actually true?

From what snippets I’ve read online, pedigree dogs cost more to buy, maintain and insure, get sick more often and live shorter lives. Crossbreeds, on the other hand, have intelligence and health on their sides. Easier to acquire with good temperaments and longevity, these are the dogs to go for.

So far, I’ve found little info to the contrary, but surely pedigrees still rule supreme? You’d think so, bearing in mind that three quarters of the UK's nine million dogs are pure-bred.

It is true that a lack of genetic diversity has resulted in a higher incidence of inherited disorders in pure-bred dogs, something which many put down to inbreeding. Effectively, the pedigree gene pool is small, select and concentrated, making genetic disorders more likely.

That isn’t to say that all pedigree dogs are inherently unhealthy, only that some poorly bred examples may be predisposed to problems. 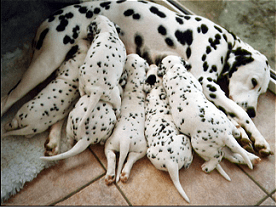 Of course, if parents are health-checked before they’re bred, the threat is lifted. I’m tempted to say it is more a matter of good breeding than anything else. In theory, so long as the parents are free of disorders, you would hope that the offspring, whether pedigree or crossed, would be free of them too.

The crossbreed gene pool, by contrast, is bigger and more dilute. This means that genetic disorders appear less often. That is not to say that crossbreeds are without their problems, only that the prevalence of these problems is lower in some cases.

Research indicates that, amongst other things, crossbreeds have a lower incidence of obesity, skin growths and ear infections than pedigree dogs. They are also less likely to suffer heart complaints and, generally speaking, have a longer life expectancy than their pure-bred friends, discounting maybe the Border Collie and Springer Spaniel whose life expectancies are similar to that of the crossbreed.

Until relatively recently, the hybrid enthusiasm that began after Pedigree Dogs Exposed in 2008 ruled the media’s (and much of the public’s) way of thinking, but scientists at the Royal Veterinary College have since suggested otherwise.

After analysing the data of 148,741 dogs, it was found that pedigrees and crossbreeds have roughly the same susceptibility to some of the most common conditions, including heart murmurs and problems with teeth and gums. While the findings did support that pedigrees have greater tendencies towards obesity, skin growths and ear infections, it found that degenerative joint disease was slightly more prevalent in crossbreeds.

Dr O’Neill concludes: There are some differences, but they are not overwhelming at a pure-bred level. [...] There is this image of crossbreeds as wonderful paragons of health. In fact, they are just crosses of pure-breds with combinations of the prevalences you find in their parent.

Of course, there is also the argument that the demand for 'designer dogs' with their unique looks and portmanteau names (i.e. Cavapoo, Puggle) is decreasing the overall health of crossbreeds by bringing together dogs that are genetically unsuited and thus produce inherently flawed offspring. In line with this demand, many crossbreeds are hugely expensive and go for prices way above what is demanded for a pedigree. 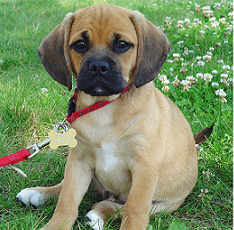 It was only the other day that I saw a disturbing image of a Pitbull x Dachshund, whose body could barely support the weight of its head. Bearing in mind that Dachshunds are known to suffer with spinal problems, it seemed the unhealthiest mix possible. Obviously, there are going to be massive extremes in breeding outcomes, but the argument still stands.

By no means should the crossbreed feel hard-done-by, however. There still remains overwhelming evidence in the inherent health of crosses with numerous studies, not dissimilar from that conducted by the RVC, showing a very different but equally convincing set of results.

Qualified vet, Pete Wedderburn, asserts that: Crossbreed dogs have a longer life, less illness, reduced veterinary costs and cheaper pet insurance. When you think about it, isn't it quite remarkable that so many people prefer pedigree dogs?

Many would confidently answer, yes. While you know what you're getting a bit better with pedigree dogs, the exclusivity and surprise of crossbreeds is something many people find appealing. Still, if both parents are known and health-checked, there remains a degree of forecasting and reassurance.

Moreover, there is plenty of evidence to suggest that crossbreeds might in fact be more intelligent than pure-breds, especially when it comes to spatial awareness and problem solving.

Researchers at Aberdeen University conducted an experiment that tested both pedigree and mixed dogs and rated their abilities out of 30. Overall, the crossbreed performed better, with an average score of 20, compared with the pedigree score of 18.

The Guide Dogs for the Blind Association also supports the theory; of the hundreds of dogs they produce and train every year, 80% of crossbreeds make the grade and become service dogs, compared with 65% of pedigrees. This is put down to good adaptability and temperament. Crossbreeds are also predicted to show greater resilience and encounter fewer health problems in their lives as service animals.

So, what is the verdict?

Who knows. It is clear that there are great variations between pedigree dogs and crossbreeds, just as there are between different breeds and individual dogs. It seems unfair tarring every dog with the same brush based purely on parentage and who is to definitively say which type of breeding is healthier? Do you selectively breed for certain traits (eugenics, many would argue), or do you allow nature to have more of a say?

Whatever you agree with, so long as your dog is happy and healthy, surely that is all that really matters?

If you have any comments on this discussion, please post them below or email me directly: [email protected]

My very first dog was a Heinz 57 who lived to turned 16(medium size )he only ever cost me his yearly inoculations which I stopped at age 5.however his first year of life was on fresh meat scraps the local butcher saved me.my lab cross however only made it to 81/2sadly.brought up on commercial dog food.while out walking at Brodsworth Hall pet cemetery it struck me that all the dogs there in the late 1800early 1900were living to 14+and obviously fed on scraps ie no additives.my present golden retriever(actually gold not white or cream but that's another argument)is 131/2walking miles each day.very playful and still learning new things.since 10 weeks old no additives have been fed to him.yes it's a prepared food but pure.i also checked with his breeder about how long his grAndparents lived.genetics yes important but nothing beats lots of love lots of exercise and not too much good quality food.hes the smartest dog I have ever seen and I hope I can re type this in again next year

If the kennel club insisted that parents passed relevant health tests, (eg a cut off point in hip scoring) before litter could be registered, then progress would be made in improving the health of pure breds.
Unfortunately the kc has to make money. So it will remain a case of caveat emptor.

Could it be that weaker not so healthy pedigree dogs are kept and sold whereas if crossbreeds are unhealthy and weak they are put to sleep rather than rehomed.

I have two rescue dogs, a pedigree Beagle and a sight hound/collie type cross breed, who came over, in a terrible state, from Romania.
My Beagle has constant problems with his ears and frequently needs antibiotics. He has to have the Kennel cough vaccine every year, otherwise he catches it at the dog park and gets really poorly. We really struggle to keep his weight under control and he has had some terrible gland problems, allergies and skin problems. He is also impossible to train and as stubborn as a mule (an adorable mule though!).
In comparison our cross breed came to us in a terrible state at 7 months old. She was severely malnourished (literally a walking skeleton) and had big patches of fur missing due to awful skin infections. Despite her terrible start (she is now 3 years old) she is really fit and healthy.
We have no health problems with her (touch wood!) and her weight is really easy to control. One of the most loving and loyal dogs I have ever known, she is super intelligent, clean, has impeccable doggie manners and was ridiculously easy to train.
I love our Beagle to bits but if im honest have to admit that owning our cross breed, has for me, been so easy compared to having our pedigree.
I hate the snobbery that the issue attracts, some people seem to think that a cross breed is in some way a lesser dog. There also seems to be a stigma with rescue cross breeds that they are some how unstable, potentially aggressive and cant be trusted.
To me every dog is equal and an individual, I dont understand how we can truly be a nation of dog lovers when thousands of cross breeds are put to sleep in shelters simply because nobody wants them, but at the same time breeders churn out litter after litter of these so called "pure bred" dogs.
Cross breeds arent inferior to pedigree dogs, they are also no more likely to bite you, that is down to the dogs individual charactor and treatment, and nothing to do with breed. I would love to see the breeds completely abolished really and for all dogs regardless of there heritage to be equal. It would be lovely to see every dog have a chance to enjoy a loving home and family.
If you think that owning a particular breed elevates your status then you are most certainly getting a dog for the wrong reason. True dog lovers realise that all dogs are precious and that when you get a dog you should be choosing a friend, not a fashion accessory
If I hadn't rescued my beautiful girl from the streets in Romania she would most certainly have continued to suffer terribly and would probably be dead now, and I would have missed out on one of the best things to ever come in to my life.

I have had two crossbreed dogs - one lived to 15 the other to 13 and they cost very little to run as far as vet is concerned. I now have a Labrador who has had an Achilles' tendon repair at Â£4000 and was impaled whilst running through the woods the repair cost Â£6000 but neither of these things were due to breeding. She is prone to urinary tract infections and is a bit itchy-scratchy which are probably inherited traits. Urinary diet costs maybe Â£20 a month more than normal diet and maybe Â£150 every 18 months in antibiotics so not too bad. Still way more expensive tgan a 57...Thank God for pet insurance.