The Chow Chow is an ancient breed of some distinction, and is otherwise referred to as the ‘teddy bear dog,' the ‘lion dog' and the ‘Chinese Shar Pei.’ It isn’t hard to see why these names have stuck when you consider its unique appearance. But what is the Chow Chow’s story – where did it come from and does it still have a following today?

There are few dogs that can lay claim to looking like the Chow Chow. Its strong, imposing build, profuse double coat and blue tongue all make it stand out from the crowds. Its temperament is another anomaly and is often described as ‘cat-like’ because of the Chow’s uncertain tendency towards aggression and shyness.

But the Chow Chow is far from a new breed; in fact, it is believed to date back 3,000 years to the armies of Mongolia and Siberia who lived on the arid steppes. 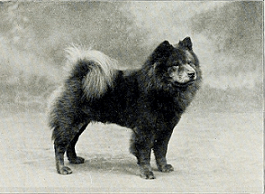 Engravings found on Chinese pottery that align with our modern perception of the breed date back to 206 BC, which supports that the Chow is a breed of antiquity. DNA findings further substantiate this by placing the Chow in a group of the 14 most ancient dog breeds on earth.

When the Mongols went to war with China, their Chows were soon adopted by the people and used in the monasteries of China and Tibet. There they became temple guards and livestock herders, recognised for their strength, willingness and protective instincts. Numerous Chinese legends mention ‘black-tongued lions’ which were none other than the trusty Chow.

Later Chows were also bred to hunt wild fowl and haul heavy carts laden with supplies. In short, they were general purpose beasts of burden that quickly became invaluable. What bloodlines contributed to the Chow’s development is uncertain, although the Norwegian Elkhound, Samoyed, Keeshond and Pomeranian likely had an influence.

Their thick, insulating coats were also considered a saleable commodity and small dog farms arose across the northern districts of China, rearing Chows purely for their furs and meat. These were sold and given as gifts and their hefty price tags ensured that only the wealthiest of China’s population could own them.

Many theories also arose that the Chow was in fact descended from bears, rather than an early ancestor of the dog. The unique look of the breed lent itself to such fantasies and there is evidence that some of these dogs were even housed in the London Zoological Gardens because of their exoticism.

It is probably because of this that many celebrities have favoured the Chow over the years, including famous names like Sigmund Freud, Martha Stewart, Janet Jackson and even Walt Disney. Today, the Chow remains popular, especially in the US where the AKC registers roughly 10,000 Chows a year. 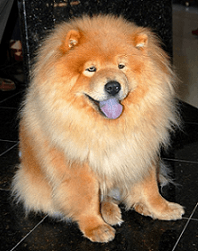 If you are fortunate enough to own a Chow Chow, please let us know! If you like, you can visit our dedicated breed page and upload your photos there :) If you have any questions, feel free to get in touch: [email protected]

Fun facts about the Chow Chow:

- Queen Victoria is believed to have been so attached to her pet Chow that she refused to go anywhere without it. In the end - concerned that the Queen was jeapordising her reputation - her advisors gave her a stuffed toy to replace the dog that was constantly at her side. This stuffed toy is believed to have influenced the early examples of teddy bears in Britain.

- Sigmund Freud was the proud owner of a Chow named Jo-Fi, who he admitted would attend all of his therapy sessions. Freud believed that dogs were the best judges of character and could determine a person's mental state just by being in the same room.

- British merchants in the 18th century are believed to have given the Chow its name by often referring to miscellanous cargo (including dogs) as 'chow chow.'

Interesting facts about chows. Thank you for it.