Why you should DNA test your dog

You’ve heard of human DNA testing, but what about DNA testing for dogs? Yes, it’s very much a thing, and while it may seem a foreign concept to many, an increasing number of dog owners are choosing to have their canines tested, and for a variety of reasons.

Just as humans have DNA, each breed of dog has a distinctive set of markers which distinguishes it from others. By taking a sample of your dog’s DNA and running it against the profiles of a database of dog breeds, it is possible to identify the unique ancestry of your dog.

So why DNA test? 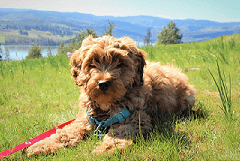 Curiosity – some people choose to DNA test out of curiosity, especially if they have a rescue or mixed breed dog. If you weren’t present at the conception or birth of your dog, there is no way of knowing with any certainty the bloodlines that went into creating your companion.

Most dog DNA tests will give a breakdown of your dog’s genetic makeup i.e. 50% Labrador Retriever, 50% Border Collie. Not only does this satisfy the curiosity, it also helps you better understand your dog and the physical and personality traits of the breed.

Purebred? – sometimes a dog advertised as a ‘purebred’ isn’t in fact a purebred. When you think how much money purebred dogs are sold for, it makes perfect sense that a prospective or new owner has a dog tested to confirm the genetic line. This also goes for ‘designer’ breeds like Labradoodles and Cockapoos that you often pay a premium for.

“We bought Ruby as an unregistered Border Collie puppy. When I showed a picture of her to a friend at work she told me that Ruby looked exactly like an Australian Kelpie. I had never even heard of an Australian Kelpie so I went straight onto Google and quite rightly all the images of Kelpies looked exactly like our new puppy Ruby. The breeder swore blind she wasn't Kelpie so I decided to have her DNA tested by Wisdom. 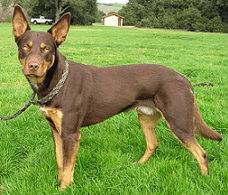 The test was really quick and easy to do and the results showed that Ruby was in fact 25% Australian Kelpie and 75% Border Collie, so her sire must have been 50% Kelpie. Once I informed the breeder of her results he admitted that there was a half Kelpie male on the neighbouring farm! So Ruby's parentage was finally revealed!” – Verity Beaton, Marketing Manager.

Size – a mixed breed dog may start off small but have the genetic makeup of a Great Dane or Mastiff, which only becomes apparent as they age. Identifying your dog’s breed early on will help prepare you for the future and the growth rate to come.

Disease disposition – some breeds of dog are more prone to certain diseases than others. If you know with certainty the breed of your dog, you can research conditions that may rear their head in your dog’s lifetime. You can then keep a watchful eye on early symptoms and even take preventative measures in some cases.

The Wisdom Panel® Genetic Breed Identification Test has been developed by a team of veterinary scientists and geneticists and has provided results for more than 700,000 dogs. As well as identifying the breed(s) in your dog’s genetic makeup, the test also provides a predicted weight profile and extensive behavioural information on the breed(s) detected.

For purebred dogs, the test also supplies Principle Component Analysis charts comparing your dog with others of the same breed(s), as well as an additional Homozygosity Profile. Now on offer for only £65.54, the Wisdom Panel® Test is well worth the money for any dog owner.

Had a pup tested as it was plain she was not purebred the DNA TEST SAID SHE WAS PURE and parentage testing prooved she was not really disappointed with the accuracy of this test.

I rescued a young brindle bitch. I DNA tested her as I didn't want the police to take her off me as a 'banned breed'. It came back that her Mother is an American Bulldog and her Father is a cross Staffordshire Bull Terrier/English Bull Terrier. I take comfort that if I have to ever prove her breed I have it in black and white. My heart goes out to all the poor owners of the many, many dogs who have been destroyed under the illusion that they were Pitbull terriers. Most are a mix like my beautiful girl.

My Labrador stud dog has already been DNA profiled

G-Pet Veterinary Glucometer Plus
from £32.50