Selection of 4 products from

Hepaticare, contains all the same ingredients as Ceva’s Hepatosyl did, but is now upgraded with micro-encapsulated SAMe to increase stability and patient palatability.

Hepaticare works as it contains three antioxidants to neutralise free radicals within the liver. Free radicals are produced by the liver and cause damage to cells. 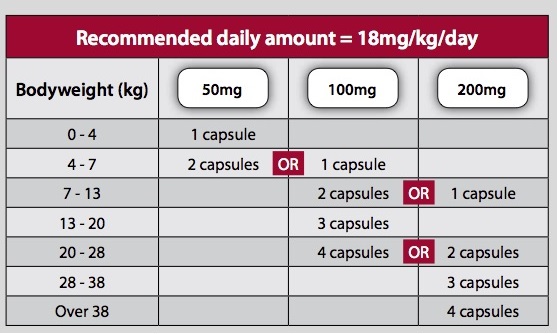 Great. but it came one week later than expected. Grateful that it arrived eventually but we had to make do with milk thistle for a few days. This is more a review of Royal Mail... in Christmas week, in a rural area, with a bit of snow on the hills. God Save the Queen.

55 a big thank you
Verified Purchase

Exactly same product that my vet used to supply me at double the price... thank you vio vet ...

On opening the bottle of Hepaticare I noticed the contents of practically all the 90 caps, bar about 6 of them were stuck together like a rock. The old name for this brand, Hepatosyl Plus, which i bought from a different supplier, also had this problem with fused contents which are supposed to be sprinkled.
This is the problem of the manufacturer & I really wish they would resolve the problem & clearly the contents are being heated up at some point which is unsafe to give to your pet as the plastic would have contaminated the contents
I contacted Viovet who immediately offered me a refund or the same product from a different batch, very good service from Viovet, though the replacement came via snail-mail.
As for the product- I think it's helping my dog which I use in conjunction with another natural supplement, Cushex drops, so my dog is doing very well.

Customer does not recommend this product

A recent blood test showed that our 13+ Weimaraner has a liver problem. We have been feeding her Royal Canin hepatic support kibble for some time but the vet told us to try hepaticare tablets as well. He directed us to VioVet as he said he could not match their prices. We also supplemented her kibble with Hills Science plan adult 7+ canned wet food at the same time. She has now been having two hepaticare tablets a day and, although we cannot attribute her improvement solely to one source, the combination has certainly been successful. My only anxiety is that, despite the inclusion of a silica sachet in the hepaticare canister, the power in the capsules is solid and clearly absorbing moisture.

An excellent product our dog has been so much better since taking Hepaticare it mixes easily with food so no problem with with getting her to take it.

Below are some recent questions we've received regarding Hepaticare Liver Support Supplement, including answers from our team.

Can my dog take milk thistle as well as Hepaticare.