Kidney failure can be acute, with sudden onset, or chronic and long-lasting, with slower development. Chronic Renal Failure (CRF) is also known as kidney disease and is sadly a progressive, irreversible condition. The problem is relatively common in both cats and dogs but affects a much higher proportion of cats. While cases of kidney failure in younger animals are found, it is typically a problem for mature and senior animals and is difficult to detect in the early stages. To begin with, the kidneys deteriorate unnoticed and when they are no longer able to perform their roles sufficiently, signs of illness become apparent. By this time, the majority of the functional units have been damaged beyond the point where remaining healthy units can compensate. Once diagnosed, conservative management of the condition is key to an animal's health and happiness and they can go on to live many more months or even years.

The kidneys' main functions are to filter out waste products from the blood and to remove them along with excess water from the body, in the form of urine. The functional units are called nephrons, which are tube-like structures. The waste products are left over once food has been digested and are also produced by active muscles. Waste products, or toxins, have detrimental effects if they accumulate and remain in the body. Kidneys are also important for the stimulation of red blood cell production by bone marrow, as they produce the hormone called erythropoietin. The kidneys have a great capacity to compensate for loss of nephrons, and it isn't until around 70% of the nephrons have been damaged that symptoms are recognised. 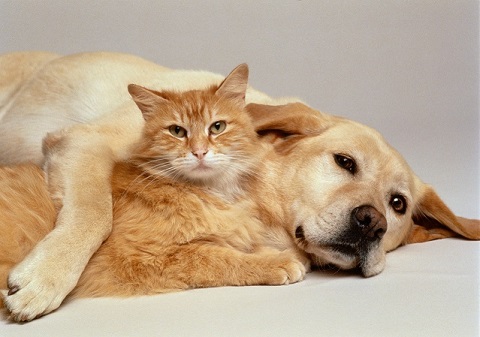 The symptoms of kidney failure are non-specific and can appear to arise suddenly:

There are a few well recognised causes of renal failure including bacterial infection, kidney tumours, Polycystic Kidney Disease and damage caused by toxins but most of the time, a specific cause of chronic failure remains unidentified. However, the main concern is management of the condition for the comfort and life quality of the pet, slowing the disease advancement and minimising complications.

Why is diet so important for pets with renal failure?

As mentioned before, waste products originate primarily from food and unusable or surplus amounts are harmful to the body, producing a wide variety of symptoms. If diet is controlled and tailored to the condition, the symptoms and rate of advancement of the disease can be reduced. There are four main areas to consider when feeding a pet with decreased renal function.

Pets with CRF are prone to dehydration. Damaged kidneys lose the ability to conserve water and instead of being reabsorbed back into the blood, it is lost via urine. Pets will produce a larger volume of dilute urine and will need to go the the toilet a lot more often. A fresh water supply is vital to allow the pet to replace lost fluids and additional bowls should be placed around the home. If dehydration does occur, it can put additional strain on the kidneys and impair the function of the remaining filtration mechanism, in addition to making you pet feel very unwell. Cats tend to rely more on their diet for water than dogs do and drink less often but flavoured water may be used to encourage more frequent drinking. Some animals with advanced kidney failure benefit from periodic intravenous drips or injections under the skin after a period of dehydration.

Protein metabolism produces the main toxic products that accumulate in the bloodstream and cause many of the clinical symptoms such as nausea and vomiting. However, the accumulation of protein waste products do not cause decline in kidney function and further damage, nor does it prolong life when levels are reduced- the benefits are purely related to quality of life and help the animal to feel better, rather than prevention of disease progression. Having said this, reducing the protein content does lower the workload of the kidneys as there are fewer toxins in the blood that need to be filtered out so the stress on the remaining nephrons will be less.

Amino acids, the building blocks of proteins, are a vital part of an animal's diet for energy, growth, maintenance of muscle, skin and coat and other functions. High quality protein sources ensure that correct levels of essential amino acids are met, while leaving fewer waste products behind. Your pet may find a renal diet less palatable than their regular food but you should encourage them to eat it and swap the food over slowly to avoid a sudden change they may reject.

Build up of phosphorous in the blood is directly linked to advancement of kidney damage and decreased life expectancy in cases of CRF. High phosphorus levels cause a variety of unpleasant symptoms such as secondary hyperparathyroidism. Furthermore, it puts greater strain on the kidneys and sparks biochemical pathways that lead to the destruction of nephrons, quickening the disease progression. The rest of the body, including the bone structure, is also negatively affected by accumulation of phosphorus. Limiting intake is extremely important.

Protein is high in phosphorous, so a reduced quantity, high quality protein diet will significantly contribute to lowering blood phosphorus levels. Most foods contain phosphorus and commercial diets will be formulated to decrease the content as much as possible.

Increased levels of omega fatty acids help to slow down progression of kidney disease by maintaining the glomerular filtration rate and reducing inflammation. An increased filtration rate owed to increased blood pressure in advanced kidney failure exacerbates damage and leads to loss of protein in the urine.

5. Additional features to look for in a renal diet-these may appear in the product description 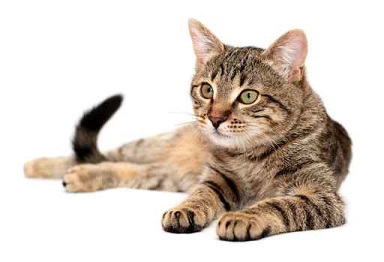 These diets have been specially formulated for pets with kidney failure. Each covers all of the main areas such as restricted but high quality protein content and reduced phosphate levels. They also contain many if not all of the "additional features to look for" but are phrased differently in the product descriptions. It is recommended that pets eat only the special formula diets after diagnosis and wet food will contribute towards keeping them hydrated.

The most important thing is that they do eat to keep their strength up. If they refuse to eat a new diet, continue with one that they like but do seek advice on using supplements to reduce the toxins which the kidneys will struggle to remove, such as urea and phosphorous.

There are two leading "phosphate binders" on the market which can enhance or be used to mimic some effects of a phosphate-restricted renal diet. The products include molecules which bind to phosphate in food, preventing the absorption of excess phosphates in the intestine so that they never reach the bloodstream. This greatly reduces the strain put on the kidneys and slows nephron deterioration. They also include ingredients that bind the waste products from protein metabolism and other toxins that accumulate with CRF (uraemic toxins).

Ipakitine for dogs and cats

Other dietary supplements can be given to replace lost electrolytes, support renal health or reduce kidney damage.

Tumil-K and Kaminox are potassium supplements. When the kidneys are damaged, they lose their ability to reabsorb potassium from the filtrate and it is passed out in urine, producing a variety of symptoms. Tumil-K is suitable for use in both dogs and cats, whereas Kaminox was formulated for cats and has extra nutritional support in the form of B-vitamins and essential amino acids.

Rubenal for dogs and cats is a herbal supplement made from a rhubarb plant.

Kidney failure is a condition in which the filtering units of the kidneys to lose their ability to function over time, although detecting it early is difficult because of their ability to compensate for non-functional units. Unfortunately, the damage is progressive and will eventually require the pet to be euthanised. However, individuals will experience different rates of progression and there is much that can be done to support failing kidneys.

As an owner, the key points to focus on are keeping your pet hydrated and to encourage a healthy appetite. Renal diets are key to disease management and have been designed to be as tasty as possible while reducing the ingredients that your pet's kidneys can no longer tolerate. Some products can be used in conjunction with a renal food to potentially further slow progression of the disease and prevent absorption of harmful toxins that will make the pet feel unwell. They will need to be on their new renal diet and/or supplements for life but there will be other elements to their health that are better combated with medication prescribed by your vet as the kidneys become increasingly less functional. Your vet should play an important part in monitoring your pet's condition and together, you will be able to help your pet live a longer and happier life.