Following years of disagreement between rural hunt communities, campaigners for animal welfare and sympathisers falling both sides of the fence, the Hunting Act was approved in November 2004 amid a flurry of public and government controversy. But was everyone pleased?

The Hunting Act (that had already been received in Scotland two years earlier) made it illegal for dogs to be used in the sport of hunting wild mammals, albeit foxes, deer and hares. However, it did permit that up to two dogs could be used to flush a fox from its den in order for the hunter to shoot it – a clause which many felt still permitted death.

Traditional hunting or ‘venery,’ which dates back long before the first documented Norfolk hunt in the 1500s, has typically involved a mounted Huntsman (usually carrying a noisy bugle), various other mounted participants or ‘Whippers-in,’ and a pack of trained scent hounds, schooled to track the scent of a moving mammal. While the mounts generally pursue on horseback from a distance, the hounds race ahead to flush out – and very often, kill – their targeted quarry.

It is this aspect of traditional fox hunting that has raised the hackles of anti-hunt campaigners over the years, who believe the fox has a right to life, free from exploitation.

With 8 out of 10 Britons approving the ban on traditional hunting (citing it as a cruel non-sport that causes unnecessary suffering), why has there been recent discussion of the Act being changed?

It is unlikely to be completely repealed, but the Prime Minister is said to sympathise with pro-hunt communities who are calling for greater leniencies in the original Act, such as permitting a whole pack to flush out a fox more efficiently (reducing the length of its suffering). Despite many being up-in-arms over the possible Act amendments, with a rise in the number of livestock and poultry being slaughtered by foxes that then leave the carcasses without consuming them, it is easy to see why many working and farming communities want some of the restrictions wavered. 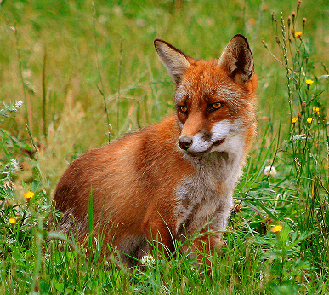 Since the passing of the Act in 2004 and its being implemented the following year, many local authorities have reported how difficult it has been to enforce, with many believing the Act has confusing legislation and a great many loopholes that hunt supporters are only too willing to exploit.

It would seem claiming uncertainty over the Act has meant many offenders have avoided prosecution, while the police have ranked it a ‘low priority’ offence that requires too much time and money to stringently enforce. With this in mind, opponents are asking if it is sensible relaxing the Act, when hunters still seemingly maintain the upper hand.

Surprisingly, the law does not extend as far as you might think. For instance, while it is now illegal to hunt a fox using dogs, it is perfectly legal to still hunt one with birds of prey. Similarly, you may hunt rabbits but not hares, and domestic cats but not wild ones.

Clauses such as these are the reason many anti-hunt campaigners believe the Act needs to be reinforced rather than revised in the interests of the hunt. They are also the reason many pro-hunt backers question the grounds for banning a sport that they believe is helping to regulate fox populations and safeguard a farmer’s livestock from surplus culling by foxes.

Those that fully support fox hunting for this reason or for reasons of tradition, community and the thrill of the chase, are unlikely to ever enjoy the same privileges they did once before. No matter how supporters try to get around the Hunting Act, they will never again have the freedom to chase and kill foxes with the assistance of a pack of hounds. Opponents of the sport will, however, have to face the very real possibility that the Act will be changed, taking into account the demands of a large hunt community that is still going strong.

Should compromises be made to the original Act of 2004, or should the laws in place be better reinforced by authorities, working to prosecute those that continue to flout the rules? If you have any thoughts on the topic, please share them with us!

Fox Hunting or any other so called 'sport' using animals as quarry should be banned outright. Using tradition as a reason to continue with this barbarity is no excuse. Anything which includes cruelty to animals has no place in modern society, hunting caused immense suffering and anyone who can actively seek to watch a fox ripped apart by dogs and not feel sickened by it is emotionally disturbed. 'Cubbing' - digging up baby foxes and throwing them alive to hounds is part of this mindset as well. They are still hunting foxes, they are not 'drag hunting' - just following scent as the law says they must, and the police do nothing about it. Recently a hunt saboteur was attacked by a handyman on a horse, and vehicles have been damaged, police do nothing. The law has to be changed to an outright ban on hunting with dogs, and furthermore, the police need to enforce it.

What evidence have you got that 'they' are 'still hunting foxes' Anni? Antis are actually far worse in the main as they attack people, harm animals and break the law by trespassing, causing criminal damage, etc.
If hunting were banned, foxes would die a far worse death; have you ever seen one caught in a snare? It will chew its own leg off. Not nice.

There should be a ban on armchair conservationists commenting on rural issues they have no practical knowledge of, other than from a fluffy image of the countryside courtesy of Walt Disney.

The law should be enforced better; I see no point in there being a law for hunting if it's never properly enforced, As for making compromises on this Act; no the Act should stand as it is; you start making compromises and that's when people start asking for more and more and eventually the whole thing might as well not exist in the first place

At 'Hmmm' I would like to point out that snares and bear traps(heavy metal traps, with a set of sharp teeth, are pressure activated and snap shut when stepped upon; breaking bones and often resulting in the animal bleeding to death) are banned and have been for a long time. Yes I know animals are still caught in them but that is a different issue altogether and has nothing to do with hunting.

As for 'Grumpy Farmer' as a person who has researched this topic from all points of views I have a right to comment on this subject and probably more so than you do.
For the record I am under no illusions of a 'fluffy; cuddly, cute fox' a fox is a predator and sits at the top of its food chain end of story.
Fox hunting does nothing to solve your problem of livestock loss; you remove a fox from the area another will take its place; in other words a never ending circle. I suggest you secure your livestock better; don't try the 'i suggest we get rid of all foxes' argument; the majority are now urban foxes so I liked to know how you would manage 'a hunt' through the streets of London.
Not only that I will never consider watching what is little more than a pack of feral dogs chasing down any kind of animal 'Hunting'. You want rid of it go out yourself and shoot it; and that is what I would call 'Hunting'.

NAF Devils Relief for Horses
from £14.99