How to read your dog's body language 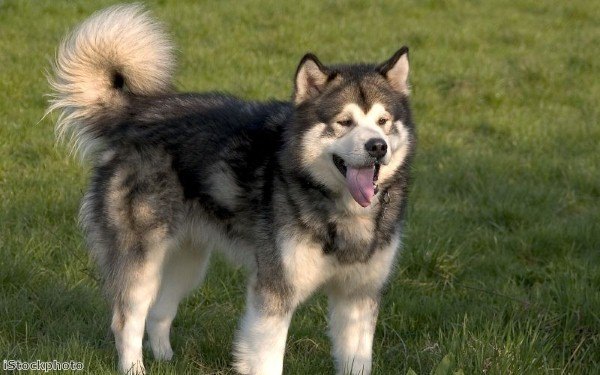 Perhaps one of the greatest joys of owning a dog is your close relationship - the unique affinity between humans and canines. You and your dog might not be able to communicate verbally, but fortunately there's far more to understanding one another than words alone.

Dogs possess an incredibly expressive body language, much of which you'll find yourself able to interpret naturally. It's hard not to see, for instance, when your pooch is feeling playful. However, there are plenty of clues to your pet's mood that are easier to miss. By getting to grips with your dog's body language, you and your four-legged friend can become closer than ever.

Your dog's body language - the basics

Understanding your dog's body language will help you understand just what he or she needs from you at any given time - something that can only help you bond, but also know when to take protective or preventive action. Whether you're already aware of it or not, your pooch is talking to you with his entire body.

The angle of his ears, his posture, mouth, tail carriage, eyes and facial expressions all provide clues to how he's feeling. For example, if his mouth is slightly open and turned up a little at the corners, it's likely he's happy - unless other body signals indicate otherwise. And this is an important lesson - it's essential to look at your whole dog, and not just individual features, to judge his mood.

How to tell how your dog's feeling

This is likely to be the most common state you see your dog in around the house, when he is at ease and happy to be approached. Depending on his breed, his ears will be up (but not forward), head high, mouth slightly open, tail down and relaxed, and his stance relaxed and natural. His mouth may be turned up a little at the corners, almost as if he's giving you a little smile.

It's also worth remembering that your pooch can look different sizes depending on how he's feeling - bigger when aggressive and smaller when fearful and submissive - but when relaxed, he should look his usual size.

A playful mood is one of the easiest to spot - he'll usually be bouncing all over the place! When he's still, though, you might notice a basic invitation to play - a stance that's usually held for just a few moments. His back end will be higher than his front, with the tail up and perhaps waving. His mouth will be open with his tongue exposed, and his ears will be up. A little excited barking, and also playful growling, is likely here too.

All dogs are keenly responsive to sounds, sights and smells, and you'll know that they have noticed something that might need investigating when they take on an alert stance. This is characterised by a horizontal tail, ears being held forward, a closed mouth and the body ever so slightly leaning forward. He'll maintain this pose until he decides whether to go and investigate further, take another action or to settle back down.

If your dog is frightened, he can behave in several different ways depending on how he's dealing with that fear - he can be frightened and worried, for instance, extremely scared and submissive, or fearful and aggressive. Here, we will look at the first two.

Lowering the body with the tail down, ears back, forehead smooth, the corner of his mouth back and, often, a paw raised, are signs of a frightened and worried dog - one that wants to avoid conflict by showing signs of submissive behaviour.

However, if your dog rolls onto his back, turns his head to avoid eye contact and tucks his tail under, he is displaying a more prominent fear closer to terror. With his stance, he's trying to convey total submission, again in the hope of avoiding conflict.

A frightened and aggressive dog looks rather different. His body will be lowered, ears pulled back and hackles raised. Look at his face and you will see a wrinkled dose, dilated pupils and the lips curled back, perhaps exposing some teeth. This means that, while he is frightened, he will attack if he feels it is necessary.

This is by no means a comprehensive list of all the postures and moods your dog may display, but it should help get you started on the path to better understanding your pooch.