With Halloween only just behind us, what better emblem to discuss than the black cat?

Since the Middle Ages, the black cat has been seen as an animal of mysticism, the dark arts, and witchcraft, with many interpretations depicting a black cat on the end of a witch’s broomstick or gazing out through the misted window of a haunted house.

And this age-old view of the black cat as a bringer of bad fortune doesn't stop there. For many people, colour plays a part in the animals they choose to adopt, with rescue centres reporting a difficulty finding homes for black cats and dogs.

Karen Green, the executive director of a cat adoption shelter discusses, “we definitely find that our black cats and kittens stay with us longer.” Some claim that being in a poorly-lit enclosure makes the black cat more difficult to see, while others believe prospective owners avoid the black cat either for superstitious reasons, or because they consider it too boring. 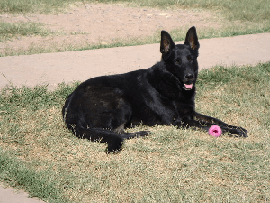 In a similar way, black dogs are often overlooked in rescues in favour of dogs with more colourful or uniquely patterned coats. When questioned about their decision to adopt a non-black dog, many people said that the black dogs were too imposing, too ‘ordinary’ or that they considered them to be bad luck.

So why is there a stigma attached to black cats and dogs, or is the whole thing just a bit of a myth?

Unless you've never heard of the issue before, it is easy to reject the idea as myth, deeply rooted in old folkloric traditions and mythology in which the colour black is associated with death and dogs are imagined as grim guards of the Underworld.

Not only this, but fiction and film has a negative take on the black cat or dog, with towering black dogs appearing in Sir Arthur Conon Doyle’s novel The Hound of the Baskervilles and in the Harry Potter film The Prisoner of Azkaban. When it comes to Great British Nordic tradition, the black dog especially is subjected to many negative associations.

But this isn't the same everywhere around the world. In fact, quite the opposite is true in many cultures, with black animals being revered as signs of good fortune, health and prosperity.

For instance, in French legend, plucking a hair from a black cat is believed to bring good luck, while in Latvia, glimpsing a black cat at harvest time is said to signal prosperity and growth. In Japan it is widely accepted that owning lots of black cats means a woman is guaranteed to receive proposals of marriage from many suitors. In Scottish lore - something a bit closer to home - having a black cat enter your home is believed to signal great wealth or an imminent monetary windfall. 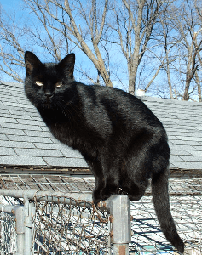 The idea that black animals are at a disadvantage because of superstitious prejudice is baffling, but it clearly still presents an issue for many people. Not only are black cats and dogs beautiful and inherently the same as their colourful counterparts, but being steeped in so much ancient legend and folklore, must surely only add to their charm?

If you own a black cat or dog, please tell us about them! Feel free to comment below or email me directly: [email protected]

I was owned by a beautiful black cat for 14 wonderful years, he certainly didn't bring me any bad luck but gave me all those years of love and true devotion, he has been gone 7yrs now and I still miss him terribly, although he visits from time to time especially if I'm stressed or upset, I sadly am no longer in a position to have another cat in my life but if I were it would most certainly HAVE to be a black one, please everybody out there don't be put off by the colour

I have a lovely black Scottie Bitch, she is the first bitch we have had the pleasure to own. She is very laid back and very friendly especially with children. I am disabled and her disposition dove-tails very well to my well-being.

My Tank is a beautiful black 15 1/2 year old with cardiomyopathy and hyperthyroidism., heâs on 6 types of medication twice a day, diagnosed 2 1/2
Years ago and I was told Iâd be lucky to have him 6 months to a year. But heâs still here and doing so well. The vet said if they didnât know his condition they wouldnât think anything is wrong with him. Heâs like a young cat, plays, runs, jumps. Black cats have such a strong spirit. Heâs so loving, sweet and gentle. Heâs a real hero. I adore him.

I have a black whippet cross bitch, who I rescued from a rehiring centre, we were immediately drawn to each other. I have also in the past had a huge black tom cat (who was neutered), he also tested + for feline FIV (he kept very well fortunately, however he was kept indoors due to his condition, however he was kept well entertained). He was rescued from the stables where I kept my horse, where he had been dumped. I think black animals are absolutely stunning. I would never, ever be put off. The only hindrance is when you take as many pictures of your furbabes as I do, sometimes their stunning black coats play havoc with getting a great picture, as they are so shiny. Xxx

I have three cats at present including a black female with just a little white patch on her head. She was rescued years ago , is very affectionate and is (with all my cats) a source of comfort .

I have adopted a black feral black cat which knows when I appear around some stables asking for food calling out to me as hungry every day I have stroked her today the first time so she must trust me.She will always be welcome .