Is it okay to keep exotic animals as pets?

It is estimated that in the United States alone, some 6,000-7,000 tigers are privately owned as ‘pets’ in households and backyard enclosures. More tigers than are currently in existence in the wild in Asia.

Other big cats, including lions, cheetahs and panthers, as well as bears, monkeys, alligators, and a variety of other reptiles and rodents, have been plucked from the wild and placed in the domestic setting in recent years. Untethered like dogs, these animals sleep in their owner’s bed, eat at the table and even ‘play’ with the children. Not only are most of these animals endangered, but they pose a grave risk to their owners and the communities in which they are housed.

Cases of backyard elephant and hippopotami ownership have been well documented, and it is not uncommon to find an arctic fox, coyote or bat within the American home. The exotic pet trade is big news in America, reputedly worth $15 billion; the Humane Society says that this multi-billion dollar industry is ‘second only to drugs and weapons,’ giving a sense of its tremendous scale. 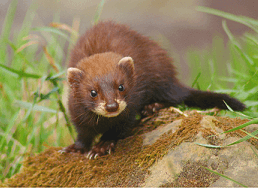 Many people question the umbrella term ‘exotic’ and what it extends to. Whilst the ownership and importation of potentially dangerous and endangered animals is illegal in the UK, certain reptiles, rodents, fish, birds and even breeds of cat and dog, are considered exotic and are still available to own as pets.

For instance, the ownership of polecats, or skunks as they are more commonly known, is perfectly legal in the UK, providing their scent glands remain intact. The Rhodesian Ridgeback is one dog breed of many that some people consider too wild to be domestic, although currently no bans exist on the breed.

Does this suggest that here in the UK, we consider the ownership of exotic animals acceptable practice where 1) the animal in question is not endangered, and 2) the animal in question is not considered dangerous? While across the Atlantic, exotic animal ownership is considered acceptable whatever the status of the species, or the potential threats posed?

Clearly other countries are more liberal than us when it comes to animal ownership. I find myself questioning whether I feel my human rights have been breached because I cannot tether a black bear to my garden fence, or whether in fact I feel safer in the knowledge that such indiscriminate trading of wild animals is restricted and monitored.

It is difficult to remain unbiased on the topic after learning that Born Free USA, an animal protection organisation, has cited 1,500 incidences and 75 human deaths since 1990. Any animal is unpredictable, but none more so than a wild apex predator at the top of the food chain.

Having said this, there is undoubtedly an argument in favour of the exotic animal trade when it comes to preserving critically endangered species. A startling statistic that cannot be overlooked is that more tigers have been successfully bred in the domestic environment, or in private ownership, than in every zoo breeding scheme on the planet. 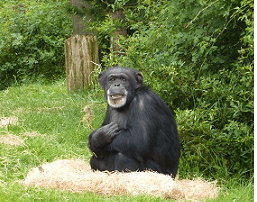 This shouldn't be forgotten. However, it does throw up many questions, such as how far is it ethical to breed animals we cannot control in a domestic setting, and whose environmental, dietary and social structure needs we cannot meet? Will the human race ever be equipped to own an exotic animal without psychological harm being done to the animal or physical threat being posed to ourselves?

Ultimately, having witnessed recent new stories, it is hard not to feel that exotic animals as domestic pets are a ticking time bomb. The notorious case of Travis the chimpanzee made headlines in 2009, when a 14-year-old male chimpanzee grievously attacked a friend of its owner, lacerating her face to an irreparably, whilst blinding her and mangling her hands. Travis was shot on the scene by police, although not before his owner – the woman who had raised him since he was three days old and who thought he was ‘too human’ to harm anyone – attacked him in a futile attempt to have Travis release his victim.

Travis was a fully domesticated ‘wild’ animal – a contradiction if there ever was one – enjoying a glass of wine with every evening meal, and sleeping in his owner’s bed. But the ‘wild’ in Travis was inherent and would eventually make itself known. Similar cases that stress the dangers of owning a wild animal include the case of a Bengal tiger severing the arm of a four-year old boy, a lion mauling a three-year old, and various incidences of pythons asphyxiating children in their sleep.

In 2011, Terry Thompson of Zanesville, Ohio, decided to release his menagerie of wild animals – animals that had been confined to small cages for years. These animals, including big cats, bears and monkeys were set loose in a small community, as dusk was approaching. Unable to control or confine the animals before nightfall when it would be impossible to recapture them, police shot and killed 39 of the 48 that had escaped, including 18 critically endangered Bengal tigers.

The shootings prompted public outrage and the police became a national scapegoat for the atrocity. But surely the real crime was not enacted by the police, but rather by the man who had irresponsibly caged these wild animals, or in fact, by officials in charge of ownership laws in the state of Ohio. 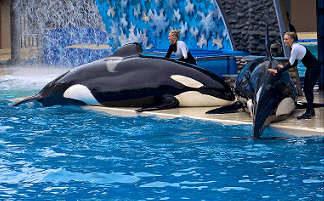 Sadly, whilst lion cubs and infant monkeys are cute in their first few years, they soon grow and become increasingly volatile. For this reason, many owners realise their animals are not the cuddly companions they initially thought they were and as a result abandon, neglect or euthanize them. It can be argued that this counteracts the claim that the private ownership of exotic animals is helping to preserve the longevity of endangered species.

Unbeknownst to many people, these animals also carry diseases that, whilst being harmless to them, are potentially fatal to humans. It is thought that 90% of all reptiles carry Salmonella bacteria, with 74,000 reported cases of human poisoning emerging in the States alone. African rodents and monkeys are also known to carry Herpes B and rabies, which are easily transmitted and highly infectious.

So with all these facts behind us, why do some people still judge it acceptable to keep exotic animals as pets?

Many wild animal enthusiasts and private collectors argue that being in possession of a mountain lion or black panther is not a fashion statement. That wanting to protect these animals, albeit from poachers, malnutrition or otherwise, is the primary reason for keeping them. Others believe in an animal’s innate desire to form human attachment – after all, the tiger shares 95% of its genes with the house cat!

On the other hand, there are those that question whether there is something inherently debased about the human belief that these wild creatures are appreciating the relationship just as much as we are. Can a lion that has evolved to be top of the food chain for hundreds of years, genuinely form an emotional attachment with the embodiment of its natural diet?

Whatever your personal views on the matter, exotic animals are all around us. Not all of them are 500-pound predators sizing up their next meal, but rather, the Koi in the pond at the bottom of the garden, the African Grey in its cage, or the Bearded Dragon in the vivarium upstairs. Some of us will favour exotic animals over cats, dogs and horses and will wish America’s lapse licensing laws extended to the UK, while others will embrace their goldfish bowl and put this article as far from their thoughts as possible.

Join the debate! Post your questions and comments below or feel free to email me directly: [email protected]

This is one justifiable reason for Americans owning a gun! I wouldn't wait for the police......

I THINK EXOTIC LARGER CATS SHOULD BE IN THEIR OWN ENVIROMENT.LOTS OF SPACE.I REALISE PEOPLE ADORE THEM BUT FOR EXAMPLE IN THIS COUNTRY A LOT OF PRIVATE BIG CAT OWNERS WHEN THEY CANT COPE JUST LET THEM ROAM WILD OUT ON THE MOORS FOR EXAMPLE WHICH CAN BE DANGEROUS TO THE PUBLIC AND BAD FOR FARMERS WHEN THEIR LIVESTOCK GET EATEN FOR FOOD.I PERSONALLY WOULD LOVE TO SEE MORE PEOPLE SPONSER THESE ENDANGERED WILD CATS AND ANIMALS SO THEY CAN BE PROTECTED MORE AND LIVE IN THEIR NATURAL HABITAT LIVING HAPPY LIVES .

As a child i dreamed of having a lion or tiger cub - having grown up in the 70s when monkeys and wild cat cubs were placed in childrens arms for photographs while on holiday.
I thought these creatures adorable, I still do. But I would not keep one as a pet.
If I had vast african / indian/ asian acreage and wealth on the otherhand I would be inclined to keep them all safe!
I am passionate about the survival of all species in their natural habitats.
However, sadly age education and history leads me to conclude that this is highly improbable.
The internet is full of monstrosities - barbaric hunters killing for pleasure, dogs skinned alive, mass slaughter of whales for tradition, ignorance and fantasy of whole races using rare animal parts for vanity.
Zoos, wildlife parks, private collections - all are wrong in principal. Who are we to cage, demean and manipulate any species for our own gratification or pleasure?
However innocent the intent or empassioned the pleas by conservationists we are still interfering with the natural way of things.
But this is doubtless the only way many of these will survive.

All animals in any environment are at risk of slaughter, abuse, mistreatment, neglect and irresponsibility. Keeping any kind of animal poses a 'risk' of some form or another - especially in the wrong hands.
Controls should be in place for welfare of all animals kept privately or publically - but this will never be complete; and control on a global scale is impossible and impractical.

The sad truth is that eventually humanity will see an end to all that was ever 'natural', through greed, selfishness, war - or for its own survival - such is the nature of man.