Is horse racing humane? Should the Grand National be banned?

"The thoroughbred race horse is a genetic mistake. It runs too fast, its frame is too large, and its legs are far too small. As long as mankind demands that it run at high speeds under stressful conditions, horses will die at race tracks." (Bill Finley, columnist)

After Seedling's fatal fall at last year's Grand National event, it is worth revisiting the topic of horse racing and the ethics of the sport.

Take yourself back to Saturday 6th April, 2013.

For some of us the date will mean nothing, but for the horse enthusiasts amongst us, you will most likely be picturing a scene in which Auroras Encore, a beautiful bay with odds 66-1, raced to victory in a nail-biting spectacle at Aintree Racecourse.

The 2013 Grand National was the 166th race in its history to deliver the same excitement, suspense and wonder over a four mile stretch as it had in any other year. The favourite runner flopped, six riders were unseated, a total of 14 horses were pulled up, and an outside chance clinched victory and a generous £975,000 prize scoop from the bookie’s choice. The scene was one of heightened occasion and ultimate sporting success, with punters, spectators and those directly involved with the runners, revelling in the shared anticipation of the event. Besides from all the glory, the 2013 Grand National was celebrated for another reason – that not a single horse was killed during the three furlong steeplechase, one that has claimed the lives of twelve thoroughbreds since 1999.

If we cast our minds back to 2012 when two horses were killed during the same event, it is easy to see why animal welfare organisations, despite recent alterations being made to the structure and composition of the course’s 16 fences, are calling for even greater changes to the Aintree Racecourse, including reducing the height of the towering 5-6 ft hurdles. In fact, in last year's Grand National race, six year-old Seedling suffered a fatal fall when he somersaulted over a large fence in the Mersey Novice Hurdle.

Not only are these jumps high, they are deep, uncompromising and often flagged by uneven ground on one or other side. The landing side of Becher’s Brook, for instance, is 6ft 9in, a whole 3in more than the take-off side. This jump alone has claimed the lives of nine racehorses since 1975; it demanded modification in 1989 after six horses fell, with two horse fatalities. Those that were not killed outright still experienced the pain and trauma that accompanies an awkward fall from such an elevated height.

So why have these jumps not been reduced? Why are casualties still commonplace, with only minimal changes being made to the Aintree course?

Animal Aid is calling for the three-day event to be put an end to, believing the National to be a ‘deliberately hazardous race,’ whilst organisations such as PETA (People For The Ethical Treatment Of Animals) are petitioning for issues such as abuse (specifically, the use of a whip), over-breeding and equine destruction to be dealt with more firmly in the horse racing industry.

They base their demands on simple facts: it is estimated that some 400 horses are raced to death every year, suffering either through exhaustion or an injury sustained during a race. Young horses are subjected to intense patterns of competition training that places detrimental pressure on developing bones, while around 50% of the 18,000 horses bred into the industry every year do not even make it as far as training.

Effectively, only the lightest and thus fastest horses make the grade, although one can see the immediate paradox in this – the horses that are the lightest might be the fastest, but they are also the most dangerously unsuited to steeplechase, a gruelling endurance race that places extreme pressure on the front legs when landing a jump. A horse that is not structurally sound is not likely to fare well in the most demanding race of the calendar year. Skeletal injuries just come with the territory. 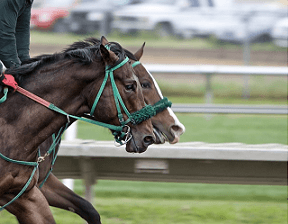 But an event does not earn the title ‘the ultimate test of horse and rider’ for nothing, right?

There are many people who do not wish to see an end to the Grand National, a race that has taken place at Aintree since 1839. Research conducted by Animal Aid indicates that 41% of the British public believe the Grand National is inhumane and deliberately jeopardises the health of horses, meaning that, contrary to Animal Aid’s own judgement, the majority of the public disagrees, and does not want to see an end to an event that has been a staple tradition in this country for over a century. More to the point, horses are herd animals that run on instinct, so the demands of racing are not entirely unnatural.

Whilst most would agree to the height of jumps being reduced in order to decrease the number of equine casualties, even if this means making the course less of an ‘ultimate test,’ a majority is unlikely to call an end to the race altogether, questioning the extent to which many people consider it cruel. Will a horse weighing in at roughly 1000 pounds be forced to run so fast, so far, over such elevated jumps, with the mere flick of a whip and the commands of a 5ft something jockey? Probably not.

The horse has evolved to run and must have some inherent desire to do so, surely? Granted, the extent to which it enjoys the kind of high-pressured racing demanded by the Grand National is in doubt, and many horses are killed or severely injured in the three-day event every year, but how safe and how happy are our horses in the stable or the paddock? Some people argue that an injury can be sustained anywhere and anyhow, whether on the racecourse or in the field, and the kind of medical care offered to an injured racehorse is far superior to that offered anywhere else. In fact, the level of care provided for racehorses in terms of diet, grooming, exercise and stabling is first-class, with Grand National jockey Katie Walsh confirming, “these horses are so well looked after,” when questioned about the ethics of the sport. 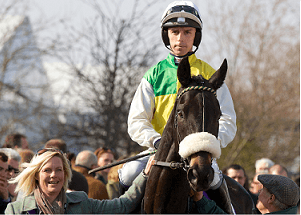 Also, when considered against race-fatality statistics from America, those of the Grand National and in British horse racing as a whole are comparably low. Surprisingly perhaps, most of the fatalities at American racetracks occur during flat-race trials rather than steeplechase, something which in no way justifies horse racing but does support the measures undertaken at Aintree.

Maybe it is enough to re-structure the challenging hurdles on the course, without reducing their height, thus preserving the prestige and notoriety of the Grand National event as held for generations. Maybe horses love to run and will continue to do so, whether the course is effortless or gruelling. Maybe we as a nation will continue to enjoy the thrill of the National, place our bets, and appreciate the spectacle as a fine example of competition and sport. Or maybe, horses will continue to fall at the fence on our television screens, in a way that no other ‘sport’ permits, and we will persist in having this debate until something is done about it.

If you have any thoughts on this discussion, post them below or email me directly: [email protected]

I am not a fan of horse racing any longer after the deaths of two horses who were left on the track 3 years ago in the Grand National, but I think the main problem with the National is the fact that most of the 40 runners have never seen fences and ditches like this on any course that they have previously run at or raced with so many other horses over a much longer distance, there will be accidents, falls and deaths because of those main reasons.
As a horse owner I no longer watch horse racing as I find the older I've got the more I realise how cruel it can be and can no longer justify supporting it as a sport.

Money turns people into monsters. As long as the Grand National provides hefty winnings, then people will continue to subject these poor defenceless animals to untold cruelty in the lead up, during and after. Why any intelligent person should find this exhilerating and thrilling is totally beyond me. Why it hasn't been banned totally by the RSPCA and other animal welfare organisations also beggars belief. Money rules over welfare as usual.

the horses didn't ask to die - ban it

There is no love for the horses, how could anyone risk loosing a beloved pet for the sake of money ! These animals are pushed to often those deaths ! It should be banned!