When it comes to buying or adopting a dog, the breed you ultimately choose will hinge on various factors, including temperament, exercise needs and appearance. Basically, whether it fits into your family and suits your lifestyle.

But more importantly than that should be the health of the breed and whether it is predisposed to any specific medical conditions, which could shorten or jeopardise life expectancy.

Without discrediting any dog, we’ve highlighted some medical pointers you may want to research before opting for certain breeds. Please let us know if you’ve encountered any of these problems yourself by commenting below.

Labrador Retriever: this lovable breed enjoys its food and is very prone to obesity and related complaints e.g. hip and elbow dysplasia. Cancer and epilepsy are also fairly prevalent in the breed. Milder conditions affecting Labs include allergies and skin conditions.

Cocker Spaniel: optical problems are common in this breed, including glaucoma and cataracts, as is deafness. More serious conditions that show themselves frequently in the Cocker are cardiac weakness, epilepsy and liver disease. Genetics play a part in many of these conditions.

English Springer Spaniel: another breed that is prone to easy weight gain, you’ll have to ensure you are providing enough exercise for this energetic breed. Deafness and optical complaints are common, as are more serious cardiac problems, epilepsy and liver disease. 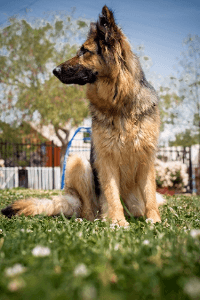 German Shepherd: a percentage of German Shepherds suffer with hip dysplasia and arthritis, which is often influenced by genetics. As with most large dogs, bloat and gastric torsion are a concern. More serious conditions include von Willebrand’s Disease, a bleeding disorder, as well as Degenerative Myelopathy, a neurological illness.

Staffordshire Bull Terrier: typically a resilient breed, the Staffy has been known to suffer with optical disorders including juvenile cataracts, as well as thyroid disease. As with most breeds, hip and elbow dysplasia are seen occasionally, as are skin complaints.

Border Terrier – not susceptible to any serious conditions specific to the breed, the Border Terrier has an incidence of allergies, skin complaints, and joint disorders similar to that of other breeds. The genetic affliction ‘Spike’s Disease’ is found in the Border, which will require treatment to manage.

Cavalier King Charles Spaniel – various medical conditions are identified in the breed, many of which are influenced by breeding and genetics. These include ear complaints, eye disorders, allergies and hip and elbow dysplasia. More serious conditions include cardiac disorders like Mitral Valve Disease, and neurological disorders associated with the skull being too small for the brain (Springomyelia).

Golden Retriever – breed-specific complaints include skin allergies, hip dysplasia and congenital eye defects. Like the Labrador, the Golden is prone to easy weight gain. Cancer and heart disease are also fairly common in the breed, as is von Willebrand’s disease, a bleeding disorder.

Pug – easy weight gain is a problem in the breed, along with mild allergies and optical disorders. Pugs are also very disposed to breathing difficulties resulting from their flat faces. Spinal defects are fairly prevalent, as is Encephalitis which causes potentially fatal inflammation of the brain. 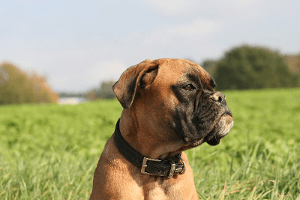 Boxer – this fun-loving breed is susceptible to a number of breed-specific ailments, including cardiac complaints, arthritis and epilepsy. A high percentage of Boxers (notably white Boxers) are also deaf, and some blind. Mast-cell tumours are also fairly common in the breed.

My Black Lab has had hock operations as a pup & now suffers from arthritis, he is now 11 years old but manages a good lifestyle with the help of prescribed drugs.

My cocker spaniel has had epilepsy from 6 months old, this is controlled with daily medication to which she still leads a normal crazy spaniel life