The liver makes up around 1% of the horse's total bodyweight and is probably the most important organ in the body since every other organ depends on it. It works closely with the digestive system and has an array of different functions:

Clinical signs of liver disease are often varied and non-specific: 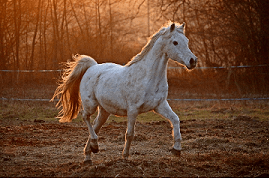 Sadly once clinical signs are apparent the prognosis is often poor. 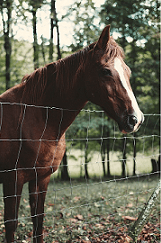 1. Ragwort poisoning- Toxins in ragwort damage the liver irreversibly. The toxins accumulate by low level ingestion over months or years and so signs are often seen years after the plant was eaten. Because the liver can continue to function normally with up to half of it damaged the disease is often advanced before any signs are seen. At this point treatment is very difficult and often not effective. It is important to pull up or spray all ragwort on a pasture - prevention is better than cure!
2. Hyperlipaemia- Seen most often in fat ponies and donkeys hyperlipaemia occurs when the animal goes into a state of "negative energy balance" following a period of starvation or not eating. The result is excess fat in the circulation which accumulates first in the liver, causing degeneration. If effective treatment is not started immediately it can lead to multiple organ failure and death.
3. Hepatitis- Simply meaning inflammation of the liver. It can be caused by a number of things including toxins, bacteria or viruses. The liver cells are destroyed by the inflammation and replaced by scar tissue, therefore reducing the capacity of the liver to function. Since we know the liver can function normally with only half a healthy liver the damage is usually very severe before we see clinical signs.

Treatment:
Where the initial cause is known treatment may consist of steroids to reduce inflammation and antibiotics where a bacterial infection is suspected. Liver supplements containing Silybin derived from Milk Thistle, vitamin B and E are known to support hepatic function until the liver can be regenerated or to aid the remaining healthy tissue to function well. Feeding a diet low in protein and fat and high in starch is recommended. Feeding this diet little and often where possible is helpful to stabilise glucose levels. It is a good idea to speak to a nutritionist at one of the feed companies who will be able to recommend the best diet.

Hi , we have two horses that by their bloods have eaten ragworth at some point. Their bilirubin is high , one is 160 the other is 68. We have tried everything but they are not improving. Any suggestions what we might try ?? Thanks ..

I hope your horses get better
A vet at our yard treated an old horse with liver damage with Twydil Hemopar the horse is doing really well now but he has to keep taking the medication. I hope this might help

Dodson & Horrell Rosehips for Horses
from £13.49

Hilton Herbs DeTox for Horses
from £23.49

Protexin Recovery Aid for Horses
from £33.49