The world's most famous dogs

Dogs have been man’s best friend since records began, and it isn’t hard to see why. Some of the most loyal and courageous animals in times gone by have been our canine companions, and below are four of the most remarkable that history remembers.

Sergeant Stubby – a war dog that deserves all the recognition in the world, Stubby spent his early life roaming the streets of Connecticut, USA. In 1917, Stubby, a Pitbull/Boston terrier mix, befriended Corporal Robert Conroy who was participating in an army training session at Yale University and, to cut a long story short, was smuggled onboard the SS Minnesota when Conroy and his men deployed to the Western Front.

From this point on, Stubby was an accepted member of the 102nd Infantry and served in France for the next 18 months. Injured on two separate occasions, Stubby became adept at detecting chemical weapons attacks and was able to alert the men in good time. Stubby acquired various medals and stripes during his time in France, which he wore proudly on his chamois leather coat. At the end of the war, Stubby was smuggled back to America and passed away in the arms of his comrade, friend and lifelong carer, Corporal Conroy, in 1926. Read the full story here. 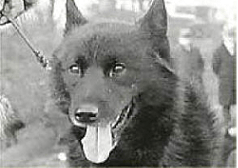 Balto – if you’ve ever been to Central Park in New York City, you may have seen a statue of Balto, the black and white Siberian husky that saved Nome from a potentially deadly diphtheria outbreak in 1925. Supplies of the life-saving antitoxin were hundreds of miles away in Seattle, Washington, and the only aircraft that could deliver it to Alaska had a frozen engine.

It was decided that a relay of 20 sled teams would transport the medicine six hundred miles in Arctic blizzards, with temperatures dropping as low as -31 degrees Celsius, from Nenana to Nome. Balto led his team on the final leg of the journey along the Iditarod trail and across the Topkok River in near whiteout conditions. When they reached the final team, its sledder was fast asleep, so it was decided that Balto’s team would continue onwards – which they did – reaching Nome on the 2nd February, 1925.

Hachiko - Hachiko, known in Japanese as chuken Hachiko (“faithful dog Hachiko”), was a white Akita dog belonging to a professor at the University of Tokyo. Every morning from 1924-1925, the pair would walk together to Shibuya Station in Tokyo, where the professor caught the train to work. When he returned in the evenings, Hachiko would be there waiting for him.

This continued until May, 1925, when the professor failed to return from work after suffering a fatal cerebral haemorrhage. But this didn’t stop Hachiko from returning to the station every day for the next nine years, nine months and fifteen days, showing unceasing loyalty to his owner. Hachiko died on the 8th March, 1935, a year after a bronze statue had been raised in his honour at Shibuya Station. Read the full story here. 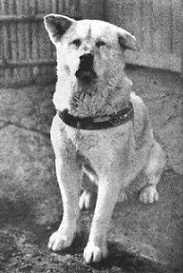 Chips – from the First World War to the Second, Chips is possibly the most decorated dog of WW2. A German shepherd/collie/Siberian husky mix, Chips was donated to the war effort and went on to be trained as a sentry dog in the 3d Military Police Platoon, 3d Infantry Division. Chips served in North Africa, France, Germany, Italy and Sicily and was employed as a POW guard and tank guard on numerous occasions.

Not only was Chips instrumental during the invasion of Sicily, he also assisted in the capture of 10 enemy soldiers. In December, 1945, Chips’ duties were over and he was sent home to New York. As happy as he was to have Chips home, his owner, Edward J. Wren, decided to give Chips to his handler after recognising the unbreakable bond they shared.

If you know of any other dogs worthy of a mention, please let us know! Either comment below or email me directly so I can add them to the list: [email protected]