We've already discussed the UK's top four vulnerable native breeds in part 1, so let's move swiftly on and take a look at the next four pooches on the verge of extinction.

A breed of Irish descent, the exact origin of the Glen of Imaal Terrier is unknown, yet many believe it was developed from dogs brought to Ireland's Wicklow Mountains by Flemish mercenary soldiers in the 1570s.

The Glen of Imaal Terrier was developed through breeding with native terriers and remains today the least known of the group. Some enthusiasts blame its steady decline on early inbreeding, which quickly depleted healthy breeding stock. 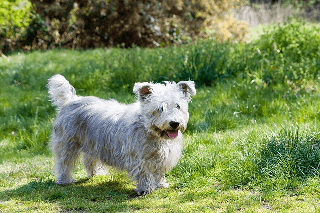 Originally utilised in fox, badger and vermin hunting, the Glen of Imaal Terrier was once a popular working dog in its native County Wicklow, but was nearly lost during WWII along with many other breeds. Some 30 years later the Glen Terrier was revived by dedicated breeders, but sadly, numbers remained low.

Rather than returning to its working roots, the dog was gradually introduced to the show ring where it met with moderate appeal and success. The Glen's geographical seclusion means that little is known of the breed outside the UK and, because of this, many people label the Glen of Imaal Terrier 'the least known of Ireland’s terrier breeds.'

The Sealyham Terrier has a history of some note and was once incredibly popular, especially in the world of celebrities. With the intention to develop the best all-round, working terrier, Captain John Owen Tucker Edwardes began a selective breeding program at his estate at Sealyham, Pembrokeshire.

The result was a dog distinctive in appearance and structure, with a specialism in driving out den quarry for the hunter to kill. This versatile breed was also widely utilised in pest control and small game hunting, with its white coat distinguishing it from the prey. 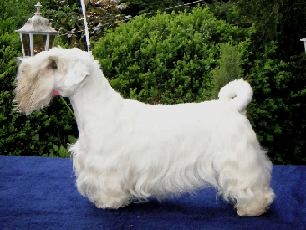 Originally developed over 150 years ago, the Sealyham Terrier was first shown at a dog show in 1903, and became particularly popular following WWI. Famous figures to have owned a Sealyham include Humphrey Bogart, Elizabeth Taylor and Agatha Christie.

However, despite once being one of the most popular of the terrier breeds, the Sealyham is now considered rare, consistently achieving less than 300 registrations annually. In 2008, the Sealyham had only 48 registrations, putting it on par with the Otterhound.

Despite being a highly attractive and versatile working breed, the Irish Red and White Setter is facing a steady decline in numbers. Officially dating back to the 17th century but referenced even earlier, the Irish Red was traditionally utilised in hunting, pointing and retrieving over difficult terrain. 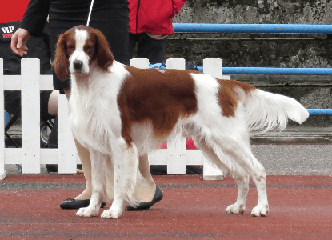 Popular for a time, demand for the breed began to wane in favour of the all-red Irish Setter around 1880. The mixed coat was no longer considered desirable and the breed quickly fell by the wayside. It was only thanks to the dedicated efforts of Irish clergyman, Noble Huston, that the breed survived beyond the late 19th century.

However, despite its brief revival, the Irish Red and White Setter never quite regained its early popularity and today, registrations remain low.

The origin of the Smooth Collie is largely unknown, although it's generally believed to have descended from shepherding dogs brought to the Scottish Highlands by the Romans in the 5th century.

Originally bred for working fulfilments, both the Smooth and Rough Collie were widely utilised in herding cattle and other cloven footed animals, earning their classification amongst the 'pastoral' branch of canines. 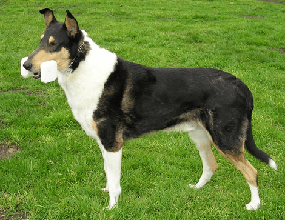 The breed was a regular visitor to Balmoral Castle in Scotland, having become a favourite with Queen Victoria. This, in turn, resulted in increased demand for the dog, followed much later by the 'Lassie' television series that aired from 1954-1973, elevating the breed to stardom.

With a history like this, it is perhaps surprising that the Smooth Collie is now a vulnerable native breed, registering fewer and fewer animals year on year.

If you have any comments, please post them below! Likewise, if you're lucky enough to own one of these beautiful animals, please let us know :) Feel free to contact me directly with any further questions and/or suggestions for future blog posts: [email protected]