You don’t have to be a dog enthusiast to have heard of Labradors, Springer Spaniels and Pugs, but when it comes to the handful of the UK’s vulnerable native breeds, you’re probably none the wiser. Unless you’re fortunate enough to have met a Skye Terrier or an Otterhound, chances are you won’t be familiar with the names.

The Kennel Club considers a breed vulnerable when it achieves 300 or fewer UK registrations a year. Those that are just above this – but not significantly so – are considered ‘at watch’ until their numbers improve. The UK is home to several native dog breeds, many of which are facing the very real threat of extinction due to diminished interest.

Here we take a look at four of the UK’s vulnerable native breeds in order of rarity:

One of the oldest terriers in existence today, the Skye is also one of the rarest and least known of the group and comes top of the vulnerable breeds’ list. While it enjoyed considerable popularity in its early development, being favoured by the English royals from as early as the 1500s, such is no longer the case.

The Skye is a distinctive, low to the ground dog that was primarily bred to hunt small game quarry and drive badger and vermin out in the open to be killed. This sort of activity took place among the rocky cairns of the Scottish Hebrides, usually where predators were threatening farm livestock and property. 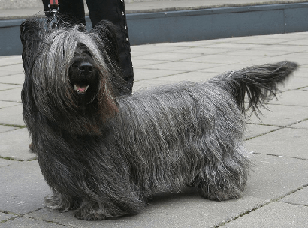 Theory has it that the Skye Terrier evolved when a Spanish ship was wrecked off the coast of Skye in the 1600s, from which Maltese dogs escaped to the island where they bred with local terriers. As a result, the Skye Terrier was born - a breed whose popularity has fluctuated greatly, to the extent that it is now considered an endangered native breed by the Kennel Club.

In 2012, the figure for registered Labradors reached 36,487, while only 42 Skye Terriers were registered in the UK, the fourth lowest figure for British purebred dogs.

Thought to have developed in the late 19th century due to popular demand for an all-black spaniel show competitor, the Field Spaniel is the product of crossing between the Sussex Spaniel and the Cocker Spaniel. The Field Spaniel is considered to be the most attractive of the spaniel group with its rich liver colouring and glossy coat – a belief that’s at odds with its low demand. 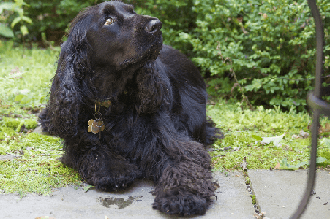 Never enjoying much popularity throughout its development – with hunters favouring the lighter-coloured dogs that could be seen more easily – the Field Spaniel experienced great decline in the 20th century and remains a rare breed today. Since 2000 the breed has suffered a steady decline, with registrations hitting an all-time low of 51 in 2009.

The beginnings of the Otterhound are uncertain, although it is believed to be one of the world’s ancient breeds, first being referenced in 1175.

River otters were a progressive nuisance to fishermen in Medieval England as they competed for the valuable fish stock. For this reason, packs of Otterhounds were utilised in hunting the otters down and reducing their numbers. Several factors contributed to the decline of the breed, with water pollution being the leading cause before the sport of otter hunting was outlawed in 1978. 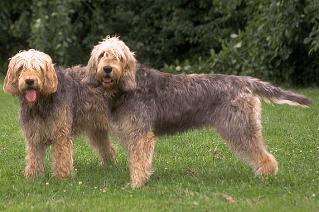 It is thought that the Otterhound derives from the Bloodhound and French Griffon, with or without the contribution of Harrier blood. The modern Otterhound evolved in the 18th century, and remains one of the most endangered dogs native to Britain.

Today there are an estimated 1,000 Otterhounds in the world. In 2011, only 15 new registrations were made. Relative to other vulnerable species, the Otterhound is more endangered than the giant panda and the white rhino.

Developed in Sussex in the 1800s, the breed was once widely favoured as a hunting dog that was suited to working the difficult terrain. Thought to have hailed from the estate of Rosehill Park, the Sussex Spaniel established a reputation as a gentleman's dog, appearing in the popular 'Sportsmen's Cabinet' magazine in 1803. 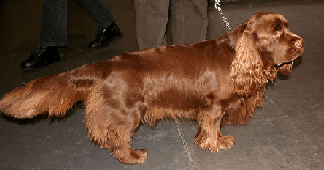 The breed was selectively bred to endure long periods of hunting over heavy clay soil and through dense undergrowth, barking to alert the hunter to its course. The Sussex is considered a rare breed today and has faced extinction on several occasions, including during WWI when it was fortunately resurrected by the careful efforts of enthusiast and breeder Joy Scholefield.

Since 1947 when only 10 Sussex Spaniels were registered with the Kennel Club, figures have fluctuated hugely; by 2008 there were 56 dogs registered, 52 in 2011, and by the following year the figure had leapt to 74.

Don't forget to come back for part 2 when we discuss four more of the UK's vulnerable native breeds. If you happen to own any of the dogs on this page, please let us know!