Owning a new kitten or puppy is possibly one of the most exciting experiences in the life of an animal lover. Especially if you've always dreamt of owning one but never found the right breeder or been able to afford the adoption fee. Maybe you're on the fence about whether pet ownership is right for you but could easily be persuaded.

Then you glimpse an online advertisement offering a pedigree puppy in exchange for a mobile phone. Not usually fooled by too-good-to-be-true offers, you are sceptical, but can't deny the temptation it presents. Seeing that the animal is well cared for by the glossy photo attached to the ad, you arrange to collect it from the seller and go about preparing your home for the new arrival. Maybe it's not a puppy you're getting but a kitten or a horse. 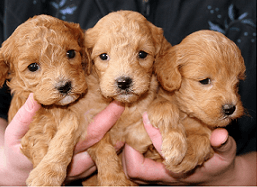 Imagine your horror and disappointment then, when you discover that the perfect new addition to your family is actually ill, maimed or lame, or even in the late stages of pregnancy. You arrive to meet your pet, only to find it in a poor state of health, confined to a dirty crate with numerous other animals, malnourished and bearing signs of abuse.

Maybe the pet you came for is missing a limb, is scarred or has a deformity that wasn’t apparent in the photo. You want to back out of the deal but feel intimidated by the vendor or obliged to take the scrawny creature away to protect it. You hand over the phone, the watch, or the money and go on your way, with your ebbing pet in tow.

This is just one of the terrible scenarios facing those of us who purchase or exchange animals online. While it is unfortunate, it isn't altogether surprising when you think about how deceptive online ads can be. Unscrupulous breeders offer up their animals for inanimate objects all the time and the web is the avenue for doing it.

Not only are adverts for ill or injured animals commonplace but banned breeds, endangered species that have been illegally imported, and underage animals are frequently offered up. Such indiscriminate advertising is dangerous and has proved so again and again, with animals being inappropriately re-housed, in many cases into homes that advocate dog-fighting or simply that do not have the relevant ownership licenses. These animals then go on to suffer neglect and ill-treatment.

In other cases, loving homes and families are found for these animals — families that go on to suffer emotionally and financially because of the condition of the animal when it came to them. 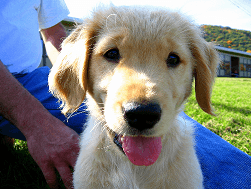 Misleading advertising is a growing problem, with an increasing number of people willing to exchange just about anything for the removal of an unwanted animal, or demanding extortionate prices to supply banned or exotic animals that may have been illegally imported. There are also adverts that will offer breed exchanges or an animal for a technological device. Similarly, it is not uncommon to see puppies offered up before they are weaned.

Other incidences of illegal sale include monkey, skunk and Arctic fox advertisements, adverts for “Zonkeys” (a zebra and donkey cross) and pit bull terriers (a banned breed), as well as other breeds banned under the Dangerous Dogs Act. Up until now, monitoring of online animal advertisements has been fairly lapse. The Pet Advertising Advisory Group (PAAG) was established in 2001 to try and curb appalling cases of animal exploitation in advertising, and has been working with “responsible, classified advertising sites” as a means of regulating the problem.

Prompted by some of the worst cases of inappropriate advertising in recent years, PAAG has launched a list of minimum standards that responsible websites should meet if they are advertising animals. These will help to ensure that any pets on their sites are shown and purchased in a way that is both legal and ethical so they are better protected in their new homes. It will also ensure that new owners are not misled and stung with large veterinary bills because of the poor state of the pet when it reaches them.

In order to spread the word about these standards, PAAG has been engaging with websites such as Loot, Gumtree and Preloved, as well as the general public to raise awareness of the issues and encourage more companies to adopt their minimum standards for responsible pet advertising. 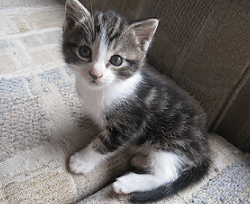 Their approach considers 18 key areas, which can be read in their entirety at http://paag.org.uk/standards/ — the website offers useful information about the group and its motivation for developing the minimum standards, along with advice on purchasing a pet, be it a dog, cat, horse, rabbit or exotic animal.

Some of the issues covered in PAAG’s minimum standards include the use of automated checks, filtering inappropriate or “blacklisted” words, banning vendors that reoffend, as well as certain advertisements offering pregnant animals or animals for an exchange. The standards also encourage websites to clearly specify which species are acknowledged by the Dangerous Wild Animals Act, and make it easier for purchasers to report suspicious adverts.

PAAG is working closely with Defra and is hoping that soon these standards will be endorsed by the Government, thereby reducing the number of animals that are missold every year, usually under false pretences, for exceptionally low or exceptionally high prices, to misinformed or unscrupulous purchasers, often with an injury, serious health complaint or behavioural problem.

In the interest of our animals, many websites are offering advice on appropriate advertising practices. Generally speaking, advertising is done correctly, and most of the advice being offered is simple common sense. Here is a list of factors PAAG recommends you bear in mind when advertising an animal online:

When you are browsing for pets online, be sure to look out for these details in an advertisement. If these standards are met, chances are you are buying from a reputable breeder with the best interests of their animals in mind. Your pet should arrive to you in a good state of health, ready to begin its new life in your home. If you have any thoughts on this discussion or have experienced an animal purchase gone wrong, please share it with our other readers! Alternatively contact me by email: [email protected]