Described historically as the ‘sport of kings,’ the desire to enhance the speed and strength of horses for competitive racing has existed as long as the phrase, beginning with selective breeding as early as the 12th century. Arabian stallions were the favoured horses for elite breeding, adding endurance, willingness and refinement to the racing equine gene pool.

But that was long ago; the sad truth being that selective breeding has since made way for more illicit practices that not only harm the integrity of the sport, but harm the horses themselves. For as long as equines have competed at organised race events, wherever on the globe, doping has been an issue.

To a greater or lesser extent throughout history, the use of performance enhancing drugs has been flagrant in British horse racing, with present-day systems of pre-race testing now being the difference between deception and detection. In an industry invested in the spirit of sport, the use of performance-boosting substances is completely at odds with the rationale of fair play, commitment and respect that has always been central to racing. 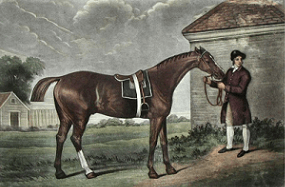 Of course, true of other sports, incidences of doping do happen, with perpetrators serving as examples to others of the tough line the British Horseracing Authority (BHA) takes to cheating. Only recently, two trainers, including the trainer of Godolphin Moulton Paddocks, Newmarket, Mahmood al-Zarooni, appointed by the ruler of Dubai and founder of Godolphin himself, were charged with the illegal doping of racehorses in their care.

Test results proved positive for anabolic steroids in 11 horses (and a subsequent 4 more) at Godolphin, a discretion that was to cost Mahmood al-Zarooni the respect of everyone in the industry from the UK to Dubai, and ban him from horse racing for the next 8 years. Another case that generated huge public interest was that of Irish trainer, Gerard Butler, who was charged with injecting 9 horses with illegal substances including Rexogin, a drug containing a substance used by human bodybuilders, and banned from the sport for 5 years.

Following their bans, both trainers expressed confusion over the rules of industry doping; Mahmood al-Zarooni revealed he was unaware that steroid drugs could not be used in training in this country, as it was once acceptable practice in his homeland Dubai, just as it was in Australia and the United States, for anabolics to be used outside of racing, providing the drugs were not in the horse’s system on race day. In the case of Butler, he contested his use of Sungate, a pharmaceutical drug containing anabolic steroids, which was supposedly given on the advice of his veterinarian.

Whether their claims were genuine or not, both had a responsibility to know the rules and observe them. As it stands, over 2,000 substances are now banned in British horse racing, including any kind of stimulant, tranquilizer, behavioural modifier and bronchodilator. Amphetamines are the most common stimulants detected in horses that have been illegally doped as they can alter mood ahead of race day, improve alertness and reduce fatigue, giving horses an immediate head-start. 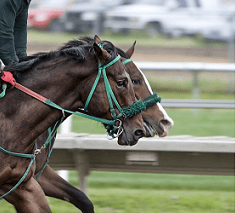 The correct dosage of tranquilizer can relax horses that are anxious and flighty, helping them to perform at their best on race day and aiding their general composure and appearance. However, too high a dosage of tranquilizer can actually slow a horse to the point of decreasing strength, speed and overall performance. The affect of behavioural modifiers on race horses is not as clear-cut but the school of thought is that, by altering behaviour, you are interfering with a horse's confidence, balance and indeed performance. For this reason, all behaviour modifying drugs are prohibited.

Bronchodilators are defined as drugs that 'cause widening of the bronchi' allowing for improved air flow to the lungs, thereby bettering performance. A horse's breathing capacity is put under extreme pressure on race day, and any substance that aids in the respiratory process is disallowed in the industry on the proviso it gives the horse an advantage.

With so many specific drugs banned, knowing what you are allowed to administer to your horse is a bit of a minefield. The list of prohibited substances is extensive and now covers all antihistamines, diuretics, local anaesthetics, masking agents, sex hormones and substances affecting blood coagulation. In fact, any substance that affects the nervous, cardiovascular, respiratory, musculoskeletal, digestive, urinary, reproductive, blood or endocrine systems is banned in training and competition unless given for medical reasons ahead of race day.

[If you are unsure about what you are giving your horse or are worried about disqualification from events because of 'naturally-occurring' prohibited substances in feed and supplements, please refer to the Beta NOPS Scheme. Also, check on labels/contact suppliers to make sure the product is UFAS NOPS approved and safe to feed competition horses.]

The 'Detection Time' is the length of time needed for a therapeutic drug to pass through a horse's system, providing a useful guide for trainers so that they know when to terminate a course of medication. If a suspicious substance is detected in a urine or blood sample taken from a horse, its trainer can face a penalty fine and/or a ban from racing, while the horse in question may be disqualified from up-coming races.

Certain types of anti-infection agents that affect the immune system are permissible on race day, including licensed vaccines, but that is about all. Most trainers will not race their horses shortly after worming them, just to be on the safe side. Anything beside regular horse feed and water, including herbal supplements (valerian, for instance, comes under the list of prohibited substances), should be avoided up to 2-3 days before racing along with medicated shampoos and rubbing alcohol. 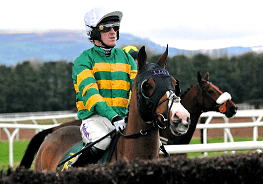 To retain the integrity of the racing industry, equine drugs testing has come a long way in the last decade, with more horses being subjected to spot-testing at races and greater penalties being dished out to those flouting the rules. In fact, the level of drugs testing conducted on racing equines is believed to be far superior to human drugs testing, with laboratories testing for a much wider spectrum of substances in a greater number of animal samples.

With such advanced testing, it is unlikely any prohibited substances will slip through the net on competition day, but in training, monitoring the use of performance-enhancing drugs is a different ball game. The prosecution of two trainers, Mahmood al-Zarooni and Gerard Butler, who clearly represent a handful of people looking to cheat, is testament to the British Horseracing Authority and their diligence in detecting illegal substances and bringing perpetrators to justice.

Not only does doping undermine the rules of racing, the dedication of others and the respect and solidarity of the racing community, but it jeopardises the health of horses at the center of the sport, that are already being pushed to their limits.

If you have any questions or comments, feel free to post them below or email me directly: [email protected]

A similar article to this (highlighting prohibited substances for race horses) would be a good idea (please) for show horses regularly fed calming substances..

I strongly suspect that many horses from Ireland have won top races by using performance enhancing drugs. the grand national today March 9th 2016 had five Irish horses in the first six home. The winner "rule the world" appeared to canter past the second horse near to the finishing post in a manner which strongly suggested performance enhancing drugs. Many other top Irish horses appear to be super performers and look as though they have been built up with steroids. Something must be done to clean up the sport because as it stands now it is completely corrupt.

NAF Veteran Supplement for Horses
from £19.99

NAF Easy Breathing for Horses
from £20.99